Here is the agenda for the progress review meeting today. NCBI team please free to comment here if you want to discuss anything else today.

We have started the book versions front end work, so that is now the focus alongside the back end book versions work and writing of automated tests.

Decision on 'Apply to all' for grants and funding

We would like to finalise scoping of priority features which means we would like a decision on the grants 'Apply to all' toggle this week, if possible. I don't think we need to discuss this today, I just wanted to raise it here to make sure we prioritise that decision.

Permissions and teams for book versions

We need to decide on how teams will work for book versions. Stacy has indicated that sometimes there is a new team for a new version.

Teams for book versions could work in one of three ways:

Our suggestion is therefore to proceed with route 2 for now.

Other permissions for new book versions

i) See a message 'You don't have access to this version', or
ii) See the full book but it's read only unless they are also added to book version 2 team 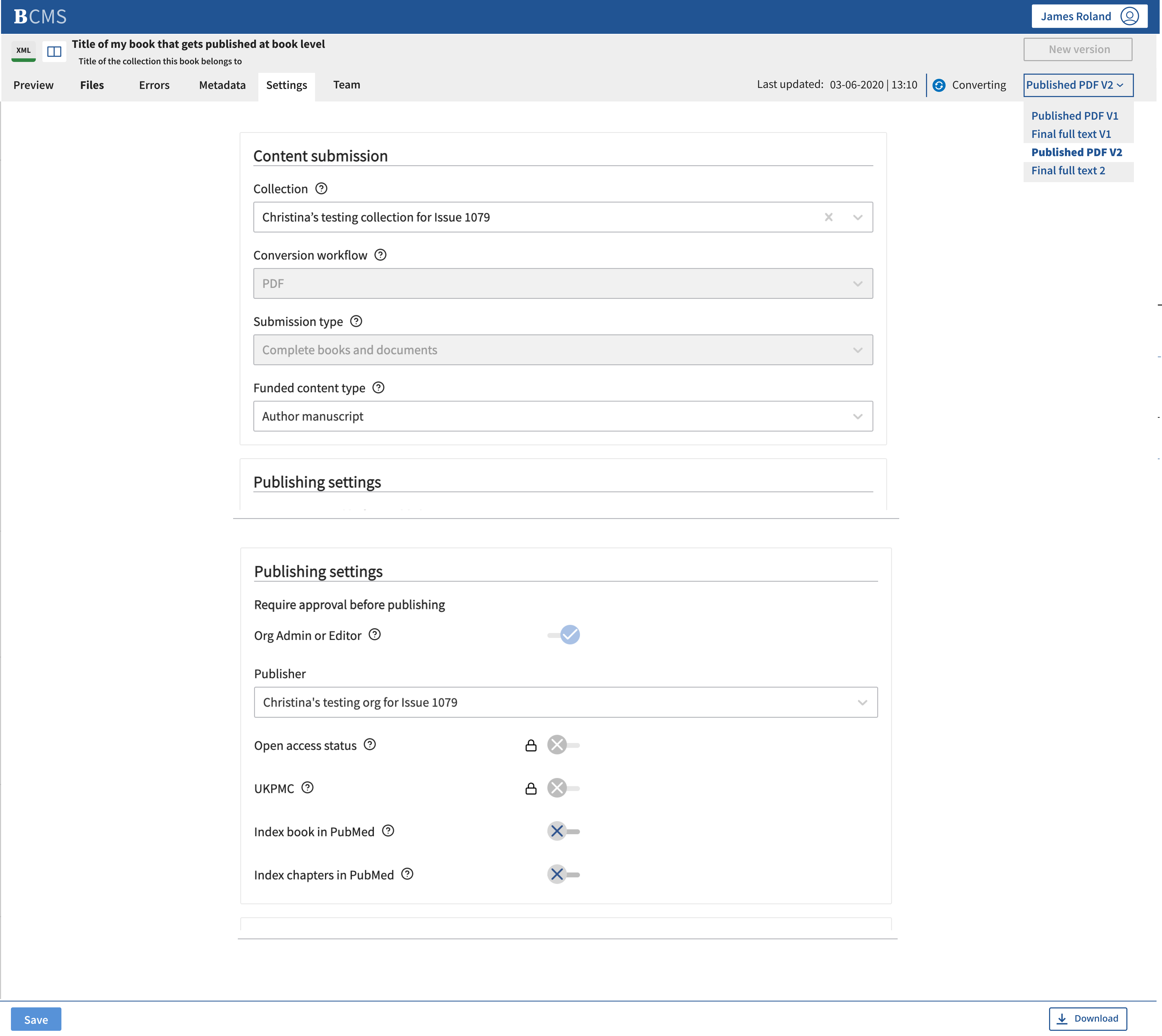 Are teams in previous versions editable?

The use case is that: BCMS systems require book images and supplementary file at time of TOC ingest so that they can generate one PDF for the complete book from all of its components.

Our proposed solution is to:

Stacy asked to add this to today's agenda and replied that:

The one point I think might not be accurate in the agreed implementation is this:

The scope is accurate based on #640 (closed) and how TOCs currently work. We can discuss it.

Can we schedule a call with Denis and Giannis for this week to look at the agreement checks together?